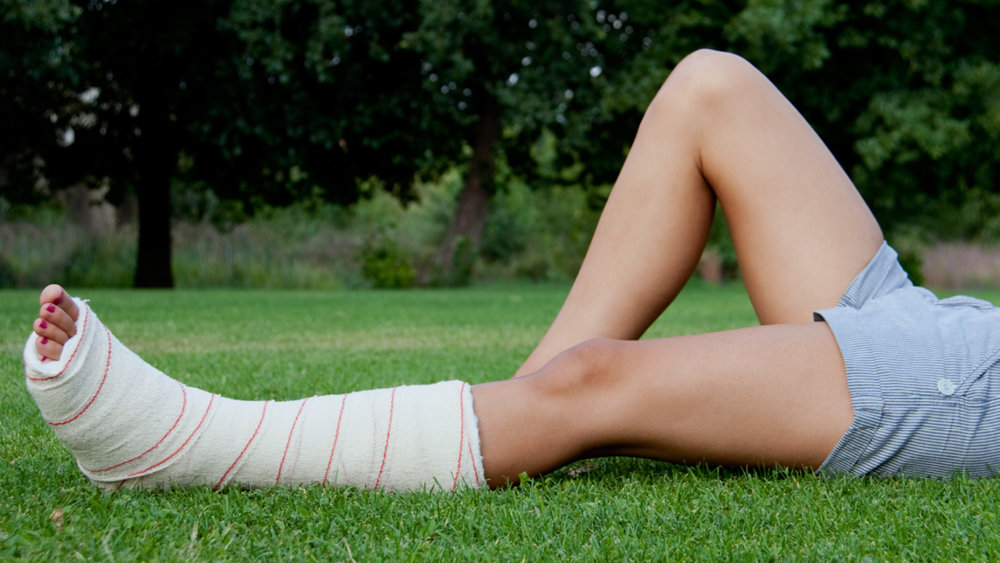 What is the Difference Between a Cast and a Splint?

If you’ve ever broken a bone before or you’ve followed a relative to the hospital to have his broken bone treated then you must have seen a cast and a splint. At the hospital after seeing the doctor for a broken bone, some patients come out with a splint while others come out with a cast. And you probably have wondered: “why is this one using a cast and the other using a splint?” Well, today, we are about to learn a thing or two about casts and splints including their purposes, pros, cons, and other such things. So next time you see someone with either a cast or splint you’d definitely know why he or she has to use the device in question.

First things first; casts and splints are quite similar in their functions. Just like they look, they are wraps made of really hard material. They are used in cases of fractured bones to help protect them as well as other surrounding tissues like the tendons, ligament, muscles and other tissues while the fractured bones heal. Because they limit movement and keep the broken ends of the affected bones close together, these orthopedic devices help the body do its job of healing itself as fast as possible. Also, with a cast or splint, the swelling and pain are greatly reduced, and there are fewer risks of hurting the affected part further.

Now that you have a general knowledge of what casts and splints do, let’s find out the difference(s) between these two devices.

What is the Difference between a Cast and a Splint?

Casts are basically designed to completely wrap around the injury. And because of how fixed they are, you can’t remove them yourself; you’d have to go to the doctor’s office to take them off.

A splint, on the other hand, is more like a half-cast. It has a hard part and a “soft” part. The hard “cast-like” part only wraps around part of the injured area instead of all around like the cast. The splint is usually held in place by either a bandage (usually elastic in nature) or any other similar material. Unlike a cast, you can easily take a splint off or adjust it, if need be, yourself.

Depending on the injury, a splint can be custom-made using plaster or fiberglass. Others come premade in various sizes and shapes. So you can just pick a fitting one off the shelf and use for an injury.

Next, we will go on to examine the purposes and uses of casts and splints respectively.

When are Splints Used?

Most times when there is a case of very severe swelling, it becomes more logical to use a splint first. This is because as the swelling reduces, a cast will eventually start feeling loose. Remember, casts and splints are supposed to hold the bones together while they heal so they have to be as fit as possible. Since a cast cannot be adjusted, it, therefore, makes more sense to use a splint (which can be adjusted) first before finally using a cast.

Also, who’s to say that the swelling might not increase due to unforeseen circumstances? Splints are smarter, not to mention more cost effective for the first stages of a severely swollen injury.

Another thing about splints is that they are like first aid options for fractured bones until the patient can be taken to an orthopedic doctor for a more comprehensive examination to confirm the state of things with the bone. This is the reason that, in most cases, when a patient is rushed to an urgent care facility or an emergency room, or a satellite facility, a splint is the first orthopedic device to be used till s/he can be taken to a proper hospital.

When are Casts Used?

Don’t get it twisted, splints are still a smart option when treating fractured bones in the first instance but then there are still many cases when a doctor recommends a cast instead of a splint. The decision to recommend a cast instead of a splint on the first assessment of a fractured bone depends on a few factors which include the type of fracture and the level of swelling present.

Just like a splint, a cast can either be made of fiberglass or plaster. And because left like that, casts can be very hard and uncomfortable, the affected area is usually lined with a cotton liner that’s stocking-like in appearance, and there is also always some padding as well, also to enhance comfort.

Casts aren’t waterproof, so they can bring some level of inconvenience to your lifestyle, especially with kids. If while showering or playing water gets into the cast, it can damage the cast and cost you additional dollars to have a replacement.

So, ultimately, which is better: a cast or a splint?

From our explanations above, you should already know that there’s no better device, cast or splint. It all depends on what your doctor decides is best for the injury. Like we earlier established, the decision to use a splint or cast will be dependent on the severity of the fracture as well as the severity of the swelling.

If, for instance, the fracture is an acute one caused by an impact with a lot of energy, say someone fell from a very high height or the person had an accident involving a motor vehicle, you can be sure that such a fracture will also affect surrounding tissues like the ligaments, tendons, and muscles. Now, in this case, there will definitely be a lot of bleeding, and consequently, a lot of swelling. In this case, a splint will definitely be recommended as the better option by your doctor. A splint will allow the injured area to breathe and if the swelling goes up or comes down, the splint can very easily be adjusted. And sometimes, after the swelling has finally gone down, a cast may then be used.

If, on the other hand, the fracture is a low-energy type, where there are no chances of extreme swelling, then a cast will almost definitely be recommended. After applying the cast the first time, the patient will usually have to schedule follow-up appointments until x-rays reveal that the fracture is completely healed, then the doctor can take it off.

So, yeah, that’s the difference between a cast and a splint.